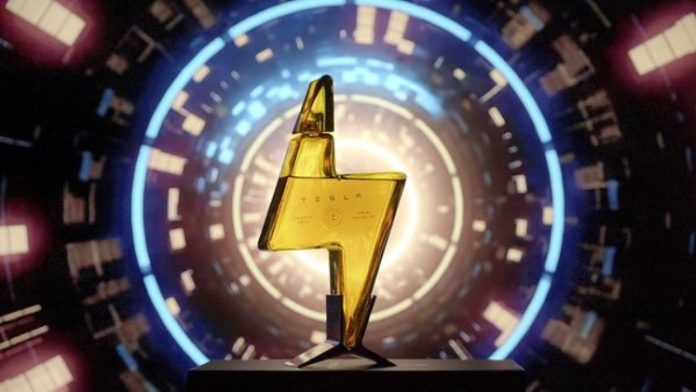 Usually, the meeting of cars and alcohol does not end well, but Tesla decided to release spirits under its name. For several years in a row, Elon Musk has been discussed, which is not surprising, because he is one of the richest men, whose achievements include managing a company that develops flights into space. Twitter, tunnels, flamethrowers, his exploits don’t end there, as a new alcoholic product has hit the market, bearing the name of his brand of electric cars. Tesla tequila anejo in an unusual bottle has become available to order on their company’s website.

Who is a manufacturer of Тesla tequila?

The drink in a bottle with a characteristic shape, which corresponds to the company that produces exclusively electric cars, was named Tesla tequila. The producer is the Casa Maestri company (Jalisco, Mexico), known for supplying products to the market for at least one hundred and fifty other brands, including Michael Jordan’s Cincoro Tequila.

Is the Tesla Anejo worth your attention?

For most connoisseurs of strong alcohol, tesla anejo tequila is not a unique product. Agree that it is difficult for a company that supplies the market with one hundred and fifty other types of alcohol to offer something unique. Tesla anejo is a regular anejo tequila made from fermented agave juice aged in French oak barrels before bottling. The manufacturer notes that the drink has a light aroma of vanilla, and the palette of the aftertaste reveals cinnamon and pepper. We, in turn, note that what distinguishes this tequila from other products is its loud logo and unique design.

The latter is not practical, because a separate instruction is attached to the box, which indicates how to uncork the bottle. From the above, we can conclude that tesla tequila anejo is an essential attribute for connoisseurs of Elon Musk’s work, that this bottle will be collectible and decorate one of the shelves in your home without the need to use its contents.

Exclusive taste, is it true?

The content of the premium bottle is somewhat similar to Don Julio 1942, as it contains 100% agave distillate, which seems to have been deliberately spilled on a vanilla stick that was left on oak bark. Dried fruits with a vanilla background in tesla tequila anejo smooth the drink too much, as a result, the taste of the oak note is barely noticeable. Today, it is not an innovation when famous people occupy a niche in the production of alcohol.

Most of them use artificial sweeteners, which helps the product to be more appealing to a wider audience, and while we cannot deny or deny the presence of additives in tesla anejo tequila, we know that according to the laws that govern the production of tequila, this practice is not prohibited, provided that the additives are less than 1% of the total content. Other tequila celebs we think practice using artificial sweeteners include Kendall Jenner’s 818 and Theremin Rock.

How to drink it, where to buy and how much does it cost?

Our recommendations for this product are as follows: drink the contents of the bottle without any additives. Try pouring tequila into a whiskey glass and most importantly – drink slowly, because this will allow you to appreciate the sweet aroma. You can buy tesla anejo on the official website. This is true, the hype for them is great and orders are limited to two bottles, on one hand, such rules are due to laws regarding online sales of alcohol and delivery, for the same reason, only works for certain states.

Also, it should be recalled that according to US regulations, the buyer of this product must be over 21 years old. Tesla tequila is not cheap alcohol. Before bottling, it is aged in French oak barrels for fifteen months to obtain an amber hue and enrich the palette with vanilla, toffee, and oak. For one 750 ml bottle, be prepared to part with $250. Due to the high price in its segment and the demand for the drink, you are unlikely to be able to taste it in a bar.