CS:GO cases: all you need to know 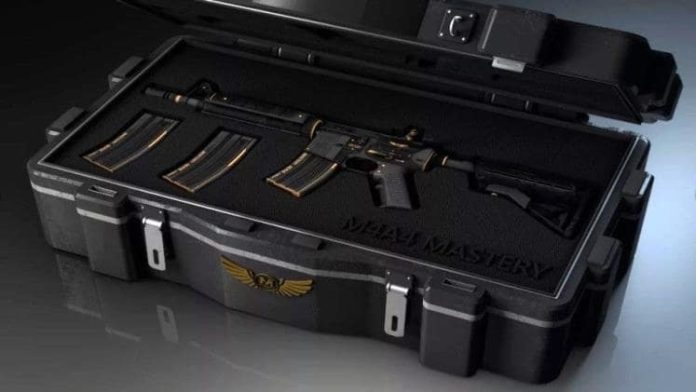 CS GO cases are a very discussed topic, on which many players lose a lot of money, and someone after opening 100 cases goes into profit. Let’s figure out what a “case” is, where to get it, how to open it, and what the chances of skins falling out are.

What are CS GO cases?

Each game seeks to attract as many players as possible, who will then bring more players, and so on.

When CS:GO first appeared, there were two ways to get it:

Over time, CS:GO became completely free, but Prime status was introduced, which is currently purchased for $15. But the developers decided to add cases to the game. They have skins that do not affect the gameplay in any way, but players are so fed up with cosmetic items that CS: GO got its own page on the marketplace.

Is it possible to get a case for free?

The drop system in CS:GO is built in such a way that in any case, you will receive some kind of reward for the match. Either it will be experience to increase the level of the account, or it will be both experience and some kind of drop in the form of a cheap skin or chest.

How to get cases in CS GO for free?

It’s a fine line. You will only receive cases if you play official matches found in the game itself. That is, playing through FACEIT and ESL will not give you any drops.

The prime status system works the same way. If you do not have it, then you do not receive any drop. If it was bought from you or was earned for past achievements (earlier you could get prime status for account level 21), then you will receive both chests and other drops for matches.

How to open a case in CS:GO?

If you got a case, then it’s too early to rejoice. In order to open it, you need a special key. You will not knock out the key in any way either in the game or on another site. It can only be bought for real money and it costs $2.5 for all active cases.

In fact, if we consider the cost of the case, taking into account the high cost at the time of exit:

With the opening procedure itself, everything is simple. You take the key, click on the case with the left mouse button and click “Open”. A roulette wheel opens up in front of you. The items in the case will quickly pass you by, but in the end, this drum will stop and you will get what the roulette stopped at.

That is, the real probability of paying off from the case is so small that it is absolutely unpredictable. Therefore, it is almost unbelievable to cash in on this method.

Is it possible to earn and how?

It is possible, but the earnings will be very small. So to say, you can’t ascribe earnings from cases to a typical salary, but there’s definitely enough for games and other skins. The most popular ways:

Wait for the update in which the case will be released. After the release, we start playing a lot. Many players set up multiple computers, log into the game from multiple accounts, and simply stand +right in Deathmatch.

Constantly buy cheap cases and wait for them to increase in price. No matter how strange it may sound, there will always be old and new cases in the price, and those chests that came out “relatively recently” will always fall or rise in price.

Sites with cases and are they worth it?

To spin the roulette wheel or not – it’s up to you. If you want to avoid buying the key and the case itself for a lot of money, then there is always the opportunity to play on sites with cases, however, cases on such sites are formed by developers, not by the game. Each case will be created with a certain cost and with a conditional set of skins. No one knows the odds on such sites, and there are incredibly few cases of big wins. At the same time, knives are knocked out of chests regularly.