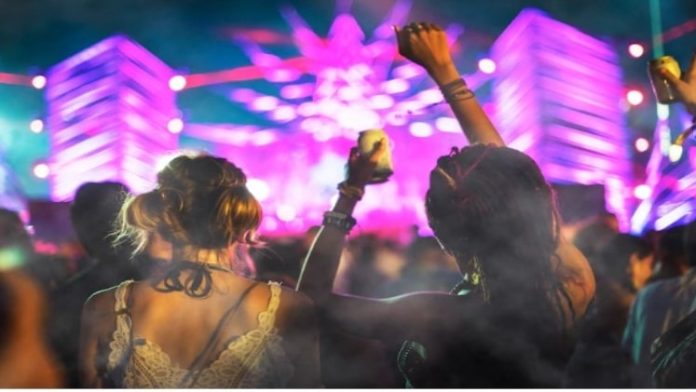 There are festivals to every taste in music still happening this year!

After two years without shows and festivals, it is not a surprise that 2022 has all the cool events that we couldn’t see in the last few years. Even with the year coming to an end, there’s still a handful of festivals that we can’t miss in 2022.

So, if you are missing staying around hundreds of people, waiting by the event fences while waiting for your favorite artist to begin their show, eating different foods and drinks in these kinds of events, you need to know which are the festivals that are still happening this year!

Let’s take a look at the festivals in the USA that you need to go to in 2022!

The 2022 edition of This Ain’t No Picnic will happen at the Rose Bowl Stadium in Pasadena, CA and has as its headliners The Strokes and LCD Soundsystem, while Phoebe Bridgers, Kaytranada, Mac DeMarco and Caroline Polacheck are part of the line up.

For those who like emo and punk rock music, the Riot Fest will happen at the Douglas Park, in Chicago, between September 16 and 18 with shows of My Chemical Romance, The Misfits and a special guest for sunday.

Primavera Sound is a traditional festival from Barcelona, Spain, which will be also promoted in other countries this year, such as Brazil and Argentina. The United States will have its own edition from September 16 to September 18 in Los Angeles, CA.

With Lorde, Nine Inch Nail and Arctic Monkeys as the headliners — and with Kim Gordon, Mitski, Clairo, Cigarettes After Sex and James Blake as part of the lineup — Primavera Sound will happen at Los Angeles State Historic Park and has tickets still available for those who are interested in going at one day or for those who want to enjoy the three days of the festival.

Louder Than Life may have taken the inspiration for their name from an album from Soundgarden, a band that were known for the grunge music they play, alongside a group that will play at the festival: Alice in Chains is one of the headliners of the festival, with Red Hot Chili Peppers, Slipknot, Evanescence, Nine Inch Nails and Kiss. Alice Cooper, Halestorm, Bring Me The Horizon and Yungblud are other artists that draw attention between the lineup.

Austin City Limits has more than a hundred artists in its line up, headed by veteran artists such as Red Hot Chili Peppers, P!nk, The Chicks and Paramore, alongside newbies SZA, Kacey Musgraves, Flume and Lil Nas X. Other names that will be part of the festival are Diplo, Carly Rae Jenpsen, Arlo Parks and Japanese Breakfast, showing that Austin City Limits is a festival to anyone who enjoys different genres of music.

Free download and stream movies and web-shows from Filmy4wap