Will The Cost Of Living Go Down In The UK? 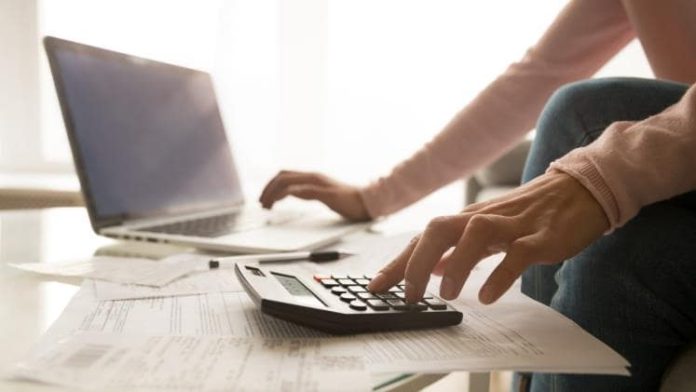 Inflation and fluctuation of prices is a pretty normal thing nowadays, but it is also inevitable. However, since things don’t remain unchanged for a long time, inflation would have to go down at some point, right? The main question is, when would that point come?

Is the cost of living expected to go down?

According to the latest assessment and analysis of the situation from the Bank of England, it is said that things will definitely get worse than they would get better. According to the predictions, inflation can peak at 10% as well, and that too by the end of 2022, so everyone is already warned about that.

However, after this peak, it is expected to decline throughout 2023, which would hit the Bank of England target of 2% in the year 2024. The public body has also made an estimate that inflation would probably have a direct impact on many things and where it will go.

You can consider the example of the raised interest rates in May 2022. This was a move that was done to lower inflation and reduce economic activity. However, this is possible by increasing the rates on borrowing the money. That means borrowing money would become more expensive.

What would happen to the cost of living?

When it was announced that there was a 10% inflation peak in May 2022, most economists and journalists expressed major shock as well as fear. According to the National Institute of Economic and Social Research, the central forecast says that inflation is probably going to peak at 9.1% in July 2022, and it will probably stay close to that point until next year.

Moreover, the worst out of many situations was when the sanctions estimated how high inflation would be spread if sanctions on Russian oil and gas were introduced and brought forward. In this case, inflation is said to rise about 10.9% by January 2023. According to the predictions mentioned above, it is said that inflation will remain at least above 5% until the month of April 2023.

The valued platform and fellow think tank of the IFS, i.e., the Institute for Fiscal Studies, hasn’t given a proper headline forecast about this, but it sure has addressed how it would affect many different economic groups within the country. It did mention that inflation might peak till14% for the poorest tenth of households in October 2022.

The main reason why inflation would peak more for the poorer majority is that they spend a huge proportion of their total income on the energy they consume, i.e., electricity and gas bills.

Moreover, according to the IEA, i.e., the Institute for Economic Affairs said that there was a lack of strong and proper decisive actions from the Bank of England. This has led to damaged market confidence and could cause inflation to peak higher and for a longer period of time. Moreover, it said that there is a lack of cost of living.

Causes of the UK cost of living crisis?

There isn’t just one single reason why there is a major cost crisis within the UK. A single factor can’t contribute to high inflation like this. This inflation was mainly caused by the pandemic effects in which businesses suffered, as well as the economy, and this led to an energy price cap list, increased debt, and a rise in taxes as well.

The rising cost of goods and services during the pandemic was cruel but also seemed like the right step due to the economy of the country going downhill. Moreover, there was also a lack of support and balance from the government, and there weren’t any proper tackling strategies.

The pandemic led to economic uncertainty within the country as well. The increase in overall energy bills and the business energy costs have led to more problems for many households as well as businesses.

Budgeting due to the cost of living

At this time and day, budgeting doesn’t mean saving anymore. It used to mean saving and keeping money aside when people could easily afford basic necessities like energy bills and a roof to live under. Comparing it with the situation going on now, saving is a lost cause. Budgeting now means surviving.

There has been a major increase in the month-to-month spending, but the way of living seems to be the same or even less good. The quality of life has decreased as the rates have taken a major toll. If you want to budget in 2022, make sure you aim to keep money aside for emergencies only.

Families a few years back had enough savings to buy a house, as they weren’t facing an unstable economy and a series of unfortunate events like the pandemic to make them take a step back. However, in those days, they had their own set of problems.

However, comparing both the eras, we can most certainly say that budgeting at this time and day can only help you save up enough for next month’s rent and for emergencies, like another peak in inflation.

The energy and direct debits

If you are considering canceling the direct debit, make sure you do your research first. Many people say that customers on a direct debit aren’t charged more, but in case you feel like you are being overcharged, make sure you claim back cash for that.

Conclusively, you can understand now that the cost of living, the economy, and the price caps have led to many households being confused about how to afford basic necessities. The increase in the energy bills negatively affects the poor or middle-class households more, as it takes up more of their income.

They might not even have anything left after paying off the monthly bills. Moreover, the cost of living has been going down in the UK, but the increase in the energy bills is unfortunate for many.

Why you should love Custom Holographic Shaker Keychain from Vograce!