What Ivanisevic Thinks of Djokovic’s Pace 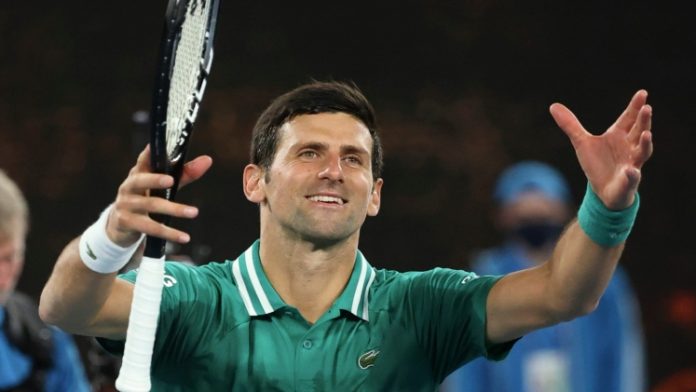 Goran Ivanisevic, a former Wimbledon champion, believes Serbian great Novak Djokovic is the best player in the sport’s history. Ivanisevic feels that the Serbian will also smash Roger Federer’s records for most weeks at No. 1 and Grand Slam titles won.

Novak Djokovic was born May 22, 1987 in Belgrade. He is a Serbian tennis player who rose to prominence in the early twenty-first century.

Djokovic began playing tennis at the age of four and quickly rose through the junior ranks.  Djokovic broke into the top 100 of the Association of Tennis Professionals (ATP) at the age of 18 and won his first ATP event in July 2006. He had a very difficult childhood. His upbringing was done in very different circumstances. He has fought all the odds and has emerged as a superstar.

Between February 2008 and the end of 2010, Djokovic’s career stalled, with him winning only 10 ATP men’s singles titles and reaching only one Grand Slam final (the 2010 U.S. Open). In December 2010, his fortunes changed when he guided the Serbian Davis Cup team to the country’s first Davis Cup victory. His Davis Cup triumphs kicked off a 43-match winning streak, which includes a second Australian Open title in January 2011 and was the third longest in the Open era (since 1968).

Ivanisevic had a lot of faith in Djokovic, and he was correct to believe in his abilities. With his current level of play, Djokovic could win even more this season.

What Ivanisevic said about Djokovic

‘I don’t think Novak will play for another five years, despite the fact that he has had a really good five years,’ Ivanisevic added. ‘After the US Open, he’ll most certainly break Federer’s record for most weeks at No. 1 and the record for most Grand Slams next year.’ He could even be able to do it this year if he wins all three remaining Slams. However, if he wins all three, he will have accomplished something that only Rod Laver has done before’.

Djokovic was coming off a comeback win over Thiem. Ivanisevic, one of his Serbian instructors, praised him for his outstanding fifth set.

‘It was a different match, one that will be remembered for its turnaround rather than its beauty,’ Ivanisevic said of Djokovic’s comeback victory. ‘It was turned by a point or two.’ Nole began well, keeping things under control, but by 1-1, he began to feel ill. And then everything changed. The most crucial point for me was 1-1 in the fourth set, when Thiem had a break-point and Nole played the net as he was in practise.’

Ivanisevic was well aware of how the rest of the game would be influenced by emotion. After Thiem walked to the locker room, he went to speak with him.

‘At the moment, it appeared as if he could shatter whenever he pleased.’ “Look, if anyone knows how you feel, it’s me,” I told Thiem in the locker room, feeling sorry for him. “I know you know,” Ivanisevic replied, “but I won’t wait as long as you do to win a Grand Slam.”

France has lifted the restrictions from the player

As a result of Russia’s invasion of neighbouring Ukraine, Russian tennis players, including top-ranked Daniil Medvedev, will be allowed to compete in the event as neutral athletes.

France eased restrictions requiring the use of face masks in most situations this week, allowing those who have not been vaccinated to return to restaurants, sports arenas, and other public places.

He told the BBC that he was willing to skip upcoming Grand Slam tournaments if he had to get vaccinated. Although Djokovic is now allowed to play, French Tennis Federation President Gilles Moretton stated that if the COVID-19 situation worsens before the tournament, French authorities may be compelled to impose more restrictions. Moretton stated, “It isn’t up to us.” “There’s a little sickness going around today. Although we are certain that the lights are green, we are all wary of what has occurred in the last two years.”

The WTA president is a fan of Russian tennis players.

Meanwhile, WTA Chairman Steve Simon has stated that Russian tennis players should not be penalised as a result of their country’s autocratic leadership, despite fears that they may be barred from participating in elite tournaments.

The ATP and WTA tours agreed that players from Russia and Belarus should not be allowed to represent those countries whose stars, like Medvedev, are now playing under a neutral flag. Despite a number of other sports barring such athletes, Simon advocated that Russian and Belarusian tennis players should be allowed to compete on the tour.