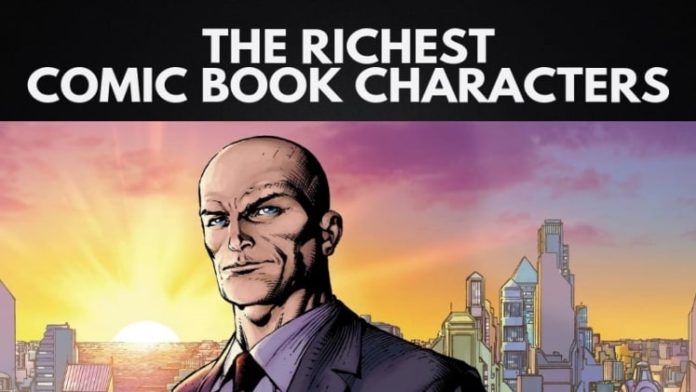 While the fear of radioactivity was common during the 1950s and 60s, little was known about it. As a result, it was a popular topic in fiction, where its effects on people were speculated. Comic books were no exception, as writers and artists treated it as a factor that triggered transformations and superpowers. The following notorious characters owe their abilities to radiation.

A recent creation by Geoff Johns and Gary Frank, Tariq Geiger is a man whose chemotherapy treatments have a bizarre reaction to a nuclear blast. He survives, but now he can unleash radioactive power that makes his body glow green, with only his skeleton being visible. He uses a lead vest and nuclear rods created by a mysterious scientist to control his radiation and have a relatively normal life in post-apocalyptic Nevada. The rods were broken by Junkyard Joe, a nuclear-powered android operated by the US military.

One of Batman’s obscure foes, Alex Sartorius took his nuclear plant project away from Gotham City after it was rejected. The unsafe conditions caused him to be buried by irradiated sand. Just like Geiger, he can generate and manipulate nuclear energy, but his skin and muscles are constantly burning and glowing, while only his skeleton remains. However, he has no control over his condition. Doctor Phosphorus is driven insane by revenge and attacks all of Gotham. His iconic design inspired the Batman Beyond villain Blight.

While Firestorm can also manipulate nuclear energy and use it offensively, he also has some additional features that make him stand out. He was created by the nuclear fusion of two individuals, some including Martin Stein, Ronnie Raymond, Jason Rusch and Jefferson Jackson. Firestorm can transmute objects into other objects as long as at least one person in the fusion knows the properties. This is why the Firestorm form is best operated with two people instead of just one.

Spider-Man is more well-known in pop culture than any of these examples. However, his radioactive origins are nowhere as publicized. In the original comic story, the spider that bit Peter Parker was irradiated before the incident. This is the vague explanation as to why Peter has a Spidey Sense, can climb walls and develops super strength instead of being poisoned. Later incarnations such as the Ultimate Spider-Man comic and the 2002 movie ground the origin by making the spider genetically altered instead.

These are just a fraction of nuclear-powered characters in comic books. While some evolved past their roots, they remain an interesting reflection of pop culture’s early relationship with nuclear power.

You can visit the website of Back To The Past Collectibles and check out their wide array of vintage comics, back issues comics, and hard-to-find collectibles of your favorite comic book characters.