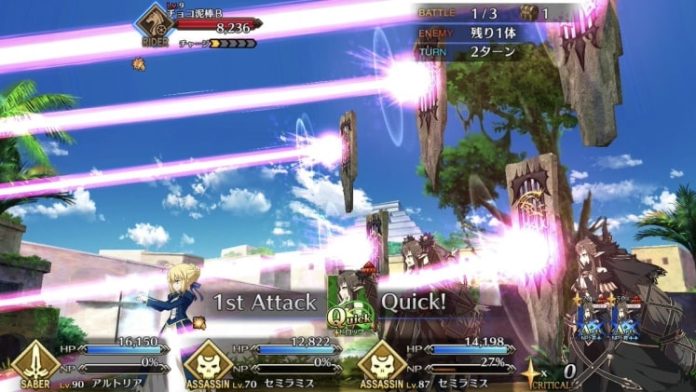 Japan is a country well-known for its high-quality mobile game apps. In fact, Japan has one of the biggest gaming markets in the world. This is partly due to the widespread use of smartphones in Japan, and the large number of people who enjoy playing games on their phones.

Here are some of the most popular Japanese online games:

Monster Strike is an immensely popular game in Japan that has also gained a large following overseas. The game is a cooperative multiplayer game where players team up and battle it out against giant monsters. It’s a fast-paced and action-packed game that is perfect for those who enjoy a good challenge.

Puzzles & Dragons is a tile-matching puzzle game that is loved by players all over the world. The game is simple to play but can be challenging, which makes it addictive and enjoyable for gamers of all ages.

Fate/Grand Order is a popular card game that has gained a lot of traction in Japan in recent years. The game is based on the Fate/stay night visual novel and anime series, and tasks players with forming teams of heroic spirits in order to battle against evil forces. It’s a complex game with many layers of strategy, making it a favorite among hardcore gamers.

Dragon Ball Legends is a new 3D fighting game that is based on the popular Dragon Ball anime series. The game is easy to pick up and play, but offers a lot of depth for those who want to delve into its intricacies. It’s a fun game that will please fans of the anime series, as well as gamers who enjoy a good fighting game.

Granblue Fantasy is an RPG (role-playing game) that was originally released for mobile devices in Japan. The game has since been ported to various other platforms, including the Nintendo Switch and PlayStation 4. Granblue Fantasy is a beautiful game with an engaging story and addictive gameplay. It’s one of the most popular JRPGs (Japanese RPGs) in recent years, and is definitely worth a try for any RPG fans.

So there you have it, some of the most popular Japanese online games that are enjoyed by gamers all over the world. If you’re interested in trying out some of these games, be sure to check them out on your favorite gaming platform!