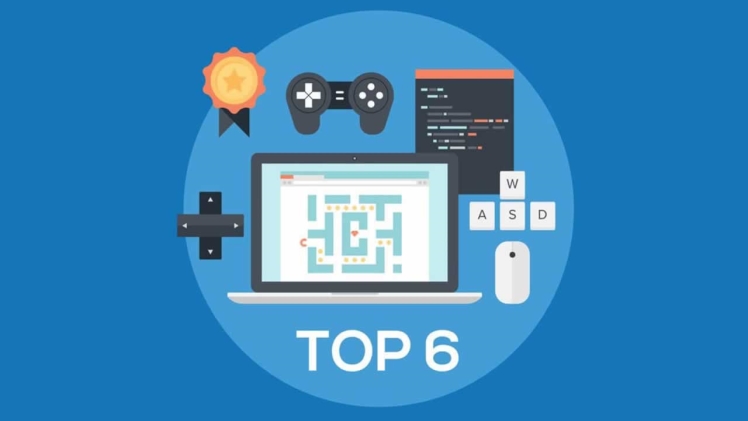 Video games are complex, interactive, multimedia software systems. These systems must, in real time, process player input, simulate the interactions of semi-autonomous objects, and generate high-fidelity graphics and audio outputs, all while trying to engage the players. Attempts at building video games can quickly be overwhelmed by the need to be well versed in software development as well as in how to create appealing player experiences. The first challenge can be alleviated with a software library, or game engine, that contains a coherent collection of utilities and objects designed specifically for developing video games.

The player engagement goal is typically achieved through careful gameplay design and fine-tuning throughout the video game development process. This book is about the design and development of a game engine; it will focus on implementing and hiding the mundane operations and supporting complex simulations. Through the projects in this book, you will build a practical game engine for developing video games that are accessible across the Internet.

A game engine relieves the game developers from simple routine tasks such as decoding specific key presses on the keyboard, designing complex algorithms for common operations such as mimicking shadows in a 2D world, and understanding nuances in implementations such as enforcing accuracy tolerance of a physics simulation.

Commercial and well-established game engines such as Unity, Unreal Engine, and Panda3D present their systems through a graphical user interface (GUI). Not only does the friendly GUI simplify some of the tedious processes of game design such as creating and placing objects in a level, but more importantly, it ensures that these game engines are accessible to creative designers with diverse backgrounds who may find software development specifics distracting. This book focuses on the core functionality of a game engine independent from a GUI.

While a comprehensive GUI system can improve the end-user experience, the implementation requirements can also distract and complicate the fundamentals of a game engine. For example, issues concerning the enforcement of compatible data types in the user interface system, such as restricting objects from a specific class to be assigned as shadows receivers, are important to GUI design but are irrelevant to the core functionality of a game engine. This book approaches game engine development from two important aspects: programmability and maintainability. As a software library, the interface of the game engine should facilitate programmability by game developers with well-abstracted utility methods and objects that hide simple routine tasks and support complex common operations.

As a software system, the code base of the game engine should support maintainability with a well-designed infrastructure and well-organized source code systems that enable code reuse, ongoing system upkeep, improvement, and expansion. This chapter describes the implementation technology and organization of the book. The discussion then leads you through the steps of downloading, installing, and setting up the development environment; guides you to build your first HTML5 application; and uses this first application development experience to explain the best approach to reading and learning from this book.

knetizen is the Best entertainment and News Blog 2022