Imran Khan Remains Defiant in the Face of No-Trust Vote 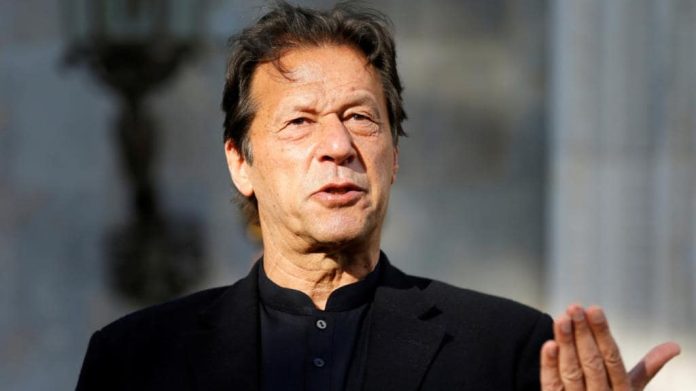 As per the Pakistan Apex Court, dismissing the no-confidence motion against PM Imran Khan was thoroughly ‘unconstitutional.’ The Supreme Court, thereby, reconstituted the national assembly and ordered the speaker to call for a session. Also, the court has completely ruled out review petitions. The no-confidence vote against Pakistan Prime Minister has now been rescheduled to 10 am on Saturday.

In case Khan loses this one, he’ll be the first Pak PM to get removed through no-trust votes. There were two other PMs against whom this no-confidence motion was brought, but they resigned before voting. However, Khan has refused to give up and step down. He has vowed to keep playing until “the last ball.”

Fresh elections not possible before October: The Election Commission

Qasim Suri, the Deputy Speaker, dismissed the no-confidence motion against Imran Khan on Sunday. Suri, known widely as one of the loyalists of the PM, mentioned that this motion was not constitutional and could bring out major security problems in the country as the PM’s supporters took to the streets.

The PM was quick to call for another round of Pakistan elections. He even advised the President to dissolve the Assembly. As per Pakistan news, fresh elections were to be held within three months, though the Election Commission has said that elections cannot be arranged before October.

Pakistan opposition leaders called the move ‘unconstitutional’ and challenged the decision of the speaker in the Supreme Court.

Is the dissolution of the National Assembly constitutional?

As per Article 58 of the constitution of Pakistan, a no-trust motion against the ruling government cannot lead to a dissolution of the National Assembly.

Minster Fawad Chaudhry, known as the closest political aide of Imran Khan, had mentioned that the no-trust motion got dismissed before the PM even suggested dissolving the assembly to the President and called for fresh elections.

He added that the PM was simply exercising his rights to advise the President to dissolve the National Assembly.

Shahbaz Sharif, the brother of ex-Prime Minister Nawaz Sharif and the most likely candidate to take Imran Khan’s post at the top, called it an “epoch-making” event. He congratulated everyone who campaigned for, defended, and supported Constitutional supremacy.

Imran Khan’s party losing its majority in the Assembly

Imran Khan’s party, Pakistan Tehreek-e-Insaf, effectively lost the majority in the 342-member assembly at the beginning of this month as the key coalition partners said that seven of its members would vote for the opposition. In fact, over a dozen members of Tehreek-e-Insaf indicated that they are ready to cross the floor.

Khan further claimed it to be a ploy against the government that is orchestrated by the US as he refused to take sides with the US and Europe in matters of global issues related to China and Russia. He alleged that the opposition was plotting with Washington to get him removed from the chair. His party members claimed that the ones who are planning to change sides have been heavily bribed by the opposition.