Everything You Must Know About Metarun Characters 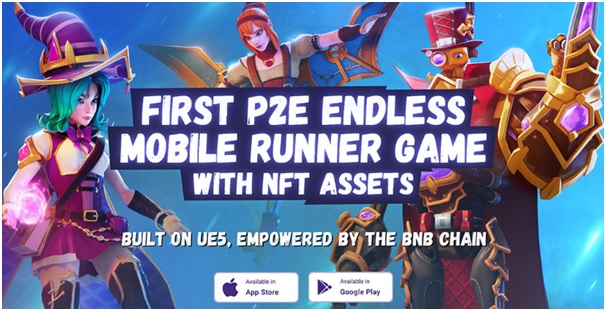 As you hope to earn more rewards and money while playing Metarun, you can choose from different characters. While these characters belong to certain classes, they also possess certain active and passive abilities.

So, in this article, we shall check out more about the characters that you can choose while playing Metarun, which is nothing but one of the best nft metaverse games.

What are the Different Traits of Characters Under a Certain Class?

Soon after you install and click on the mobile app, you must first choose an appropriate character. Such characters differ from one another due to their skills and their unique abilities. Moreover, the characters have their strengths which you can enhance later during the game.

In addition, you can also think about increasing the character’s effectiveness and the overall value on the external market. The development team of Metarun has also defined the characters based on some entities. These include skin rarity and abilities along with the overall characteristics. Now, let’s go through traits for characters that fall under the ‘Fighter’, ‘Sprinter’ and the ‘Craftsmen’ class.

Abilities of the Fighter Class

When selecting a character from the Fighter class, you must be sure about the active and passive abilities. Under the active abilities, you can activate the pistol through the pistol shot ability. In addition, the sniper shot will enable the player to attack and slow down the enemy character.

The mana burn will also aid the player in shooting at the enemies and cause damage while burning the mana. On the other hand, as the character runs ahead with stone skin, it can block 10% of the incoming damage. If you want to rejuvenate the overall passive health of the character, then you can use the ‘Strong Blood’ ability.

Abilities of the Sprinter Class

As soon as you choose a character from the Sprinter class, you can use the ‘Fast as Wind’ ability to accelerate the running pace. The character also has a shield that absorbs much damage when facing opponents. But, under the list of passive abilities, the character can perform a mid-air jump with the help of the ‘Double Jump’ ability.

During the game, we suggest you not use the ‘Dodgy’ ability because it can lead to losing many mastery points. On the contrary, the ‘Lust for Life’ ability helps avoid non-lethal damage with minimal chance. If you want to cover the distance in less time, then the ‘Long Leap’ ability will make the character jump two times farther than the usual or standard jump.

Abilities of the Craftsmen Class

But, when you want to use the passive abilities, you can gain more resources through the ‘Thirst For Treasure’ passive ability. The ‘Lucky Strike’ ability is also something you can use to reduce the chances of damage due to the opponent. You can also expect to earn more mastery points through the ‘Wisdom of Elders’ ability.

What should you know more about the Character’s Class?

GUESTPOSTLINKShttps://guestpostlinks.net/sites/ref/1/?campaign=f95zonenews
At GUESTPOSTLINKS, we believe that quality content is key to any successful marketing campaign. That's why we offer SEO-optimized content writing services for blog posts and press releases, as well as article publication services to help your website rank above the competition. Our link outreach services are best suited for businesses that are looking to increase website authority, organic web traffic, and brand awareness. So if you're looking for high-quality content that will help your business succeed, look no further than GUESTPOSTLINKS!